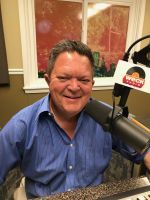 Broadcasting is my life. I remember, as a kid using a cassette tape recorder and doing play by play for make believe football and hockey games; and of course the Buffalo team won !!

I started in radio in May 1979 while earning a bachelor's degree at Medaille College. Ramblin' Lou Schriver gave me my first job at WXRL. After working at WXRL from 1979 - 1982, I went to a new station called WUWU 107.7FM. After a few months the station owner Dr. Ron Chmiel asked if I would do a Polka show. I said yes, while doing the show one Sunday morning, I thought of "Big" Steve and told Chmiel about him.

Steve and I worked hand in hand, Steve did the on - air; I did the advertising sales and filled in for him on the air. In 1986 WUWU FM was sold, we formed our own company, and bought time Sunday mornings on WBTF 101.7FM and Monday - Saturday on WHLD 1270AM, since then Western New York has had Polka music on the radio seven days a week. In 1992, the Sunday show moved to BIG WECK 1230AM. In 1999, Steve passed away. I continued the program calling it "Drive Time Polkas".

In 2006, WHLD's management changed and so did the format. I was told to leave. I called Ramblin' Lou and after 25 years, I was back at WXRL 1300AM from 5 - 7pm where I'm still heard today, as well as Sunday mornings on BIG WECK, 9am - 12pm. My company is: R.J.D. Media, Inc., and I'm one of the few people that sells advertising and plays polka music for living. 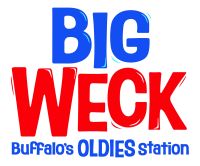